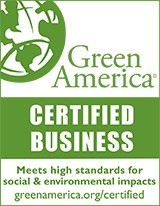 Home / Why is it called a piggy bank?

After selling piggy banks for more than a year in suddenly dawned on me, why are they called piggy banks? What does a pig have to do with saving money? A pig would be the last animal you’d associate with saving! Why not bunny banks or doggy banks and for that matter, why an animal at all?! Additionally, piggy bank sounds like it was intended as a child’s item as how many adults would use a piggy bank for collecting change?

To satisfy my curiosity I did some piggy bank research and have learned some interesting things and thought I’d share them with you.

As you well know, many, particularly ceramic, piggy banks do not have an opening to remove the money. Now why is that? The theory goes that this is to serve as a lesson in finances for children. The piggy bank enables a child to save his money but forces him to justify its spending as in order to access the money he needs to break his piggy bank. This lesson seems to have been forgotten by many adults! Maybe we should keep a piggy bank in our front foyer and deposit our loose change as we come home each day! I digress …

The question still remains, why is it called a piggy bank and why is it in the shape of a pig?
One theory is that just as it was common to purchase a piglet and feed it with scraps until it was finally ready for slaughter, so too we feed our piggy bank with small change (“scraps”) until it is full and then break it to reap the rewards of our investment. According to this, the piggy bank would also be appropriate for adults.

A more popular theory is that, in fact, the original piggy bank had absolutely nothing to do with a pig! In the Middle Ages, when metal was expensive, an inexpensive, orange colored clay, called pygg, was the common media for making pots and jars, and was referred to as a pygg jar, for example. One of these jars was often used to hold coins. Eventually, the pygg jar or pygg bank used for coins, surely accidentally, became known as a pig bank or piggy bank! The general consensus is that this evolution transpired a few hundred years ago in England when crafters were hired to make pygg banks and not being familiar with pygg they made pig shaped banks.

The oldest recorded piggy bank in the shape of a pig is claimed to be 1500 years old from Indonesia. If this is so, it precedes the pygg theory by around 1000 years! Perhaps there was some connection between the pig and saving money in that culture but it seems to have not influenced Western culture, where the modern piggy bank only evolved from pygg clay just a few hundred years ago.

Understandably, the piggy bank is not popular in all cultures. The pig is considered an impure animal according to the Old Testament and hence is not owned, eaten nor benefited by Jews. Similarly, Islam forbids the eating of pork due to being impure. Hence, one would not expect to find too many piggy banks in Muslim countries and in homes of those of the Jewish and Islam faiths.

The modern piggy bank, whether made from ceramics, plastic, beads or metal, has been a very popular collector’s item and gift for children due to its appealing and humorous appearance. In addition to the smile or chuckle we experience each time we drop some change into our piggy bank let us be reminded by the lesson it teaches us!

By the way, the famous phrase, “break the bank”, has nothing to do with the piggy bank!